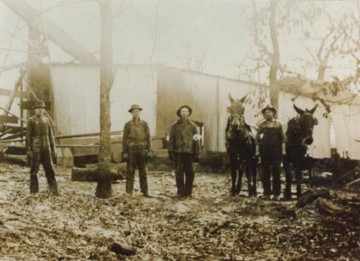 The story of what is recognized today as Pioneer Oil Company began in the 1870's in Pennsylvania when Asa Wellington started producing oil; he soon moved the family to Oklahoma for continued oil production. As a true Pioneer, he engaged in sourcing and producing oil throughout his life. As the family grew, it branched out and moved to several oil rich regions of the United States. During that period, John Earl Jones moved his branch of the family to Indiana in 1937 when he was contracted to work for the Carter Oil Company to develop the Prairie Creek Field.

The Carter Oil Company was later renamed twice; first as Humble and later yet as what we know today - The Exxon Company. John's son, Donald Jones, Sr. remained true to family tradition by working in the oil fields of Illinois, Kentucky, Indiana and Michigan. 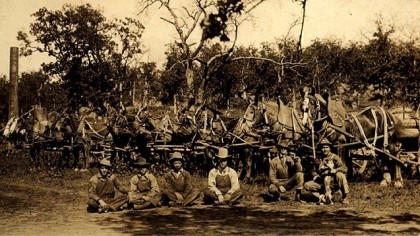 In 1972, Jones Oil Company was incorporated by his son, Donald E. Jones, Jr. the fourth generation of the Jones family to provide service to the domestic oil industry. The company's first operations were the Staunton/Spring Hill Field, a pinnacle reef structure near Terre Haute, Indiana. Proceeds from the successful development of the Spring Hill Field were used to discover additional producing properties in the area. With the growth and success, in February, 1973 the name was changed to Pioneer Oil Company, Inc. and moved to expanded facilities on Woodsmall Road in Terre Haute, Indiana.

Growth of the company has been steady as the company continues successful exploration activities. In 1986 after the oil price collapse, Pioneer adopted the strategy of building the company by acquiring properties from financially stricken oil producers.

Pioneer Oil Company has continued its impressive growth by actively adding oil and gas reserves to its inventory.

Today Donald E. Jones, Jr. is President and his two sons, Mark and Brent, run the day to day operations of Pioneer continuing the family tradition!